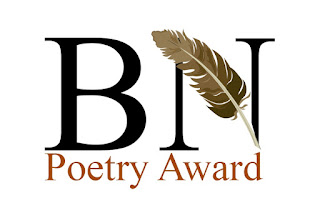 How do we take back our power if we never knew we had it in the first place?
In 2009, when the first Ugandan annual women's BN poetry prize was awarded to Lillian Aujo, it was a novelty. It was a platform that emboldened the closeted poets; unsure of their poetic power. Floods of gratitude poured in from the Ugandan women. After five years, when the award stretched to include all African poets, it was also the opportune time for a Ugandan woman to say, "Here I am, I'll continue the Ugandan women's poetry prize." That was power.
For the five years it lasted, the poets attended master classes at various continental festivals like Storymoja. where they met and were mentored by London 2012 Olympics poet Lemn Sissay, where they were published in Babishai poetry anthologies alongside Prof. Jack Mapanje and Dr. Susan Kiguli, read from the same stage as Sitawa Namwalie and experienced a vast amount of unlimited poetry.
The conversation about this poetry prize re-emerged during the second Babishai poetry festival in 2016. The panel of impassioned Ugandan women poets spoke with conviction and pride. Let the actions begin. When the prize began, there wasn't even a blog to its name. The founder hadn't published any poetry collection unlike today and her only literary achievement was attending a writer's retreat in Lamu. There were hundreds of others more advanced in their literary careers.
What did the founder of this BN Poetry Award have that was different? The power of decision and the heart to make it happen at all costs. There is every feasibility to revamp this prize. Just say Yes!  Make the decision. The Babishai Niwe Poetry Foundation will offer support. Don't wait for an endorsement from heaven. You have it. Anthony Robbins says, "Use whatever life gives you... The truth of the matter is, there is nothing you can't accomplish if you clearly decide what it is that you're absolutely committed to achieving."
To the Ugandan women poets, take back your power. Bring back the prize. Babishai will give its support. As you do so, in the words of Roxanna Kazibwe, published poet, 'Remember to have the time of your life while at it.'
Sincerely,
BEVERLEY NAMBOZO NSENGIYUNVA
FOUNDER AND COORDINATOR 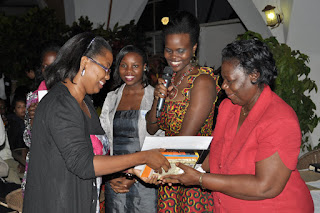 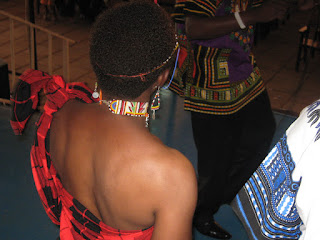