OSEMWENGIE ZION FEELS AT HOME WITH THE HAIKU 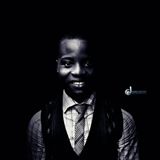 WHAT DREW YOU TO ENTER FOR THE COMPETITION?
Having stopped writing haiku for some time, the competition came as a path leading one home and I couldn't help but follow. When I wrote my first haiku, I had a deep connection with it but gradually, the love started to wear out till we became silent lovers on separate shores bearing broken memories of the sweet past.
So when submissions were called for, I hurried to write mine not mainly for the contest but as a way of an errant coming back. A lover returning home after all is spent.

DO YOU HAVE A PARTICULAR STORY WITH HAIKU?
The first haiku I wrote was in 2014 for a contest organised on Facebook to promote haiku. When I read about it, I rushed to learn a few things about the style. It was not just a style but a world of its own. It was beauty locked in a small room. However, after that time, I wrote quite a number of them until the love wore out.

WHAT DO YOU FEEL GENERALLY TOWARDS THE SHORTLIST?
Haiku is melting a century into the body of a decade. It is telling so many in very few. The task before the poet is a very taxing one and anyone who can write such poems is a miracle.
The shortlist is indeed magic and the writers are a miracle. The poems are beautiful.

What motivation do poets need, to keep writing, in this ridiculously competitive world that vies for their attention?
Writing in times like this is difficult but not impossible. Writing should not be seen as a substitute for anything but as a soul without which one can not live. To keep writing, place value on it and see it as breath. Motivation comes from within and the value we place on things determines how we see them.

IF YOUR 2017 SUBMISSION WERE FOOD, WHAT WOULD IT BE?

First, I'm glad it isn't food as the meat of a man may be another's poison.
But, if it were, it would have been Éwa Ágoyin, a special kind of beans.
Only those who suffer amnesia would forget the taste in a hurry.


We at Babishai, congratulate him again. The winners will  be announced at the #Babishai2017 Poetry Festival dinner on Sunday 6 August at Humura Resort, Kitante Close. Cards are on sale at 40,000/- Call +256 703147862. The full festival programme is here.