It's all right, it's only Nawal

It’s all right, it’s only Nawal. And what a formidable woman Dr. Sawaadi is. She and Nadine Gordimer, Nobel Laureate 1991, were amongst the unforgettable faces of the 2nd African Women Writers’ Symposium held in November 2011, Johannesburg. On invitation from Department of Art and Culture and Urban Voices Festival, the creative spaces at the various events metamorphosed into a revolution. 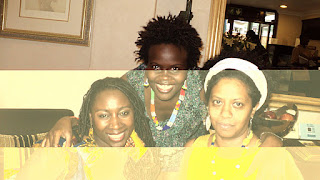 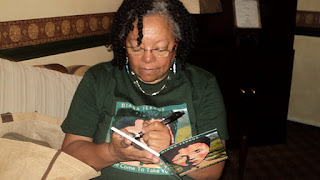 Diane Ferrus signing her poetry collection, I will take you home, from the title of the poem which was instrymental in bringing back the remains of Sarah Baartman.

Sharing from her not really sordid but memorable childhood, Dr. Sawaadi said that as a child, she could feel the sadness in her mother’s eyes because she was born a girl. Reflecting on the unfairness and injustice of the patriarchal and rigid upbringing she had, made her question God, who favoured boys over girls. Her journal entries from the age of ten have led to the extraordinary Nawal, author of 47 books, 26 of which have been translated. Her strength lies not only in writing but during the early 2011 Arab uprising in Egypt, the 70 something year old camped in Tahrir Square, symbolically revolting against a dictatorship that had destroyed education and had brought unspeakabe injustice. Her life is made up of such moments that have built this courageous woman who even after imprisonment, fights even harder now for just causes. 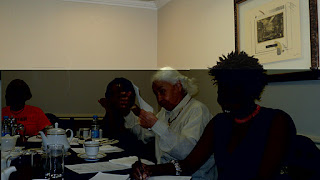 Nadine Gordimer, whose potency runs like still deep waters, and whose 88th birthday we celebrated amongst much aplomb, opened one of her sessions with a statement that echoed differently with everyone.
“I am not a woman writer just as men are not male writers, we are all writers. We are all in this together. I do not accept a biological difference.”
The reactions varied with some women saying that they embrace their womanhood and Africanness with pride while others agreed strongly. That is how the symposium ran, as panel after panel discussion ran on, from the role of the writer, Africa dreaming and the power of the poetic voice and new ways of reading, writing and networking, it was through this we met extraordinary women. I will never forget Karabo Kgoleng, a journalist with SAfm and her take on social networking, how while it may be useful, she is not interested in what people ate for breakfast. Also, her struggle with placing literary reviews in papers.
Tsitsi Dangarembga, award-winning novelist and film maker said that the nature of good writing should be that it opens up spaces for others, during the panel discussion, Writing Freedom: Reclaiming the future.
The amazing talent during the readings and performances were incredible, from Abena Koomson, US based Ghanaian spoken word performer, Napo Masheane, a founder member of Feela Sista! together with Myesha Jenkins. Other performers were Gcina Mhlope, Samira Negrouche and the list is endless. Another poet I was so happy to meet was Michelle Mcgrane, whose blog I am loving. I’m so glad I could make it and even gladder that this is not the end. 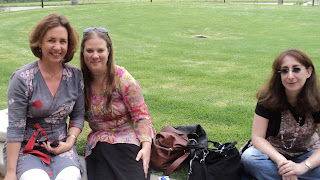 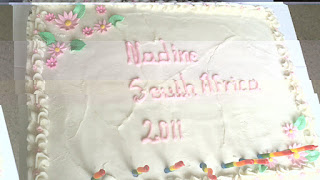 As an outcome of the symposium, another meeting emerged, The African Arab Creative Women’s Movement. Coordinated by Tsitsi Dangarembga and Nawal Al Saadawi, the aim is to bridge the glaring gap between the women writers from the Arab dominated part of the continent and the rest of the African women writers. The idea looks promising and with a tentative meeting scheduled for June in Cairo, we can only wait for another literary revolution. 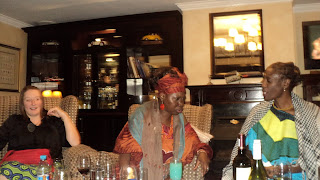 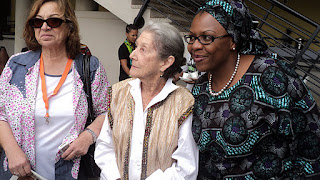 Off to meet Nadine Gordimer 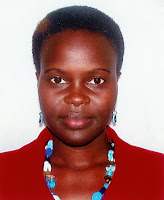 Guess who is going to meet Nadine Gordimer? Me.I have been invited to attend the second African Women Writers' Symposium in South Africa and I am chuffed to have been selected. So, polishing my poetic voice because we have to read/perform and also my marketing skills because we stay home mums/stay home writers make money from sales of our books. I leave with Doreen Baingana, author of award-winning Tropical Fish, yipppeeee. It is only 4 nights away but those 5 days will change a lot for me. First, because this is in celebration of the African Women's Decade, it is a platform to bring women writers from the continent together, dialogue with the great and greater and make Uganda more recognisable for its writing. I am really looking froward to it, as soon as I get my visa out of the way. Nadine Gordimer, she is turning 88, which means that we can still write at 90 years. I'm certainly not stopping. Oh and unlike when I travelled to Pretoria in July, this time it will be Summer. Summer Summer holiday....
This is like receiving a blank cheque and you have to remember what you need and want and write that amount. It is useless writing down 2,000 US Dollars if you are a long term achiever so , scribble all the zeroes down and enjoy filling in that literary shopping cart. 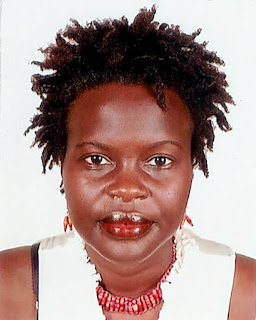 If Nadine Gordimer is 88 and I am 35, how many years will it take me to celebrate my birthday with poets and writers from all over Africa. Really, it is too gwangamount to even think about , but the again, as writers, I always say, take care of the writing first and the rest will take care of itself.
Posted by Beverley Nambozo Nsengiyunva at 3:24 PM 5 comments: