MEET THE #BNPA2015 BOARD MEMBERS

BN Poetry Foundation, in 2015, has a new board that is committed to making this year the year for poetry in Africa. With vast experiences as published authors, poets, publishers, academics, diplomats, entrepreneurs, global arts ambassadors and award-winners, their commitment is going to light up the poetry world in a way that will nourish, serve and inspire.
The first board member we will introduce is Sahro Ahmed Koshin, a Somali-Dutch poet and founder of the Puntland Women Writers Association.
Sahro Ahmed Koshin is a Somali-Dutch poet and author of three poetry collections as well as an upcoming biography of her late father Mr. Ahmed H. Koshin. https://www.facebook.com/pages/The-biography-of-my-father-the-late-Ahmed-H-Koshin-AUN/606941062707422?ref=hl
Sahro holds double MA degrees in Cultural Anthropology (Leiden University) and Development Studies (Radboud University), respectively. A Goodwill Ambassador with Globcall International: https://www.facebook.com/pages/Ambassador-Sahro-Ahmed-Koshin/301986015692?ref=hl
She is a Peace Builder and a Development Expert with over 10 years of international work experience in Institutional Reform, Gender Analysis/Research, Human Rights, Post-conflict Reconstruction, Complex Emergencies, African Diaspora Issues & Forced Migration.
Sahro has worked in various (post) conflict countries such as Sierra Leone, Somalia, Sudan and North-eastern Kenya with with different organizations such as CARE, Cordaid, The UN, Hivos as well with LNGOs and line ministries in Puntland, Somalia. A Community Board Member of WorldPulse, Sahro is a PhD candidate (Gender, governance, Somalia), Sahro is currently based in Garowe where she is supporting the Ministry of Education in Puntland with technical expertise on girls education and gender mainstreaming in the education sector. She blogs about her work on gender in Somalia here https://genderissuesinsomalia.wordpress.com And here https://www.facebook.com/pages/Gender-Unit-Ministry-of-Education-Puntland/298388056980123?ref=hl
Sahro is also involved in various charity and cultural projects such as the ERAYO (Words, in Somali) cultural project which was a project implemented in the Netherlands and that was meant to support Somali refugee children to write down their thought and feelings on home through poetry and art. The project led to the compilation of all the poems and artworks submitted by the refugee children and the publication of a book in 2005. She is also managing a project for orphaned girls to get an education with financial support from the Somali Diaspora. https://www.facebook.com/AgoonFoundation?ref=hl and on Facebook http://agoonfoundationpuntland.wordpress.com/

She is currently serving as a volunteer Community Board member with WorldPulse where she earlier volunteered as a Voice Over Correspondent reporting on the situation of Somali women living in Somalia. http://worldpulse.com/about/blog/world-pulse-launches-our-inaugural-community-advisory-board

She is the founder of the Puntand Women Writers Association (PWWA, www.pwwa.so) based in Garowe, Puntland where she runs diverse literary activities encouraging women and young girls to express themselves through the power of the written word and through poetry and art. PWWA has a newsletter which comes every 3 months and they have a Facebook page here: https://www.facebook.com/pages/Puntland-Women-Writers-Association/271873706326131?ref=hl
In 2014 she published her book “The Sounds of Laughter: A Collection of Poems from the Soul” becoming the first Somali woman to write, publish and present a book in Puntland.
Awards and recognitions
In 1999 Sahro Ahmed Koshin was the recipient of the prestigious Rabobank Poetry Prize
In 2002 Sahro was awarded the highly acclaimed Dutch Leadership ECHO-Award by the ECHO Foundation in collaboration with the Ministry of Education.

2002: Between Summon and Echo 2002,
2005: Erayo: Poems and Short stories by Somali children living in refugee camps in The Netherlands
2014: Sounds of Laughter: A collection of poems from the soul.

The second board member we’ll introduce is Remi Raji, Professor at Ibadan University and published author.

Aderemi Raji-Oyelade is popularly known as Remi Raji,Nigerian poet, scholar, literary organiser, and cultural activist.  Remi Raji attended Holy Trinity Grammar School, Ibadan and Olivet Baptist High School, Oyo. He graduated with a B.A. Hons degree, Second Class Upper, in English from the University of Ibadan in 1984. He got his Master’s degree in Literature in 1986 and his doctorate degree in African American and African literatures in 1994 from the same university.
Between 1994 and 1995, he taught for a session each at the Ogun State University, Ago-Iwoye and at the Obafemi Awolowo University, Ile-Ife, Nigeria. Raji-Oyelade joined the University of Ibadan formally as a Lecturer II, on April 1, 1995, and became full Professor in 2007.He was the Acting Head of English Department, UI (2009-2011), substantive Head (2011-2012), and the current Dean of Arts at the University of Ibadan.
Professor Raji-Oyelade has published a number of books and essays in African, African American and Caribbean literatures, literary theory, contemporary Nigerian poetry, cultural studies and creative writing. A visiting professor and writer to a number of institutions including Southern Illinois University at Edwardsville, Universities of California at Riverside and Irvine, University of Cape Town, South Africa, Stockholms University, Sweden, and Cambridge University, UK, his scholarly essays have appeared in journals including Research in African Literatures and African Literature Today.
He is the author of six collections of poetry including A harvest of laughters (1997) which has won national and international recognition, Webs of Remembrance (2001), Shuttlesongs America: A Poetic Guided Tour (2003), Lovesong for My Wasteland (2005), Gather My Blood Rivers of Song (2009), and Sea of my mind (2013).  Raji has read his poems in over 15 different countries in Africa, Europe and America. In 2005, he served as the Guest Writer to the City of Stockholm, Sweden. Raji’s works have been translated into French, German, Catalan, Swedish, Ukrainian, Slovenian and Latvian.
He has been an Alexander von Humboldt Scholar to Humboldt University, Berlin, Germany.  In 2004, he was appointed by the Nigerian National Commission for UNESCO to serve as a member of the National Jury for the “Bridges of Strugga” International Poetry Award. He served as Secretary of the Nigerian chapter of PEN International (2002-2010), and the first Coordinator of PAN, the collective of PEN African Centres (2003-2007).  In December 2011, he was elected as the President of the Association of Nigerian Authors, the largest umbrella body of writers in any African country.
The third board member we will introduce is Graham Mort, Professor of Transcultural Literature at Lancaster University.
Graham Mort is professor of Creative Writing and Transcultural Literature at Lancaster University, UK. He has published nine books of poetry and has won a number of awards for his work, including prizes in the Arvon and Cheltenham Poetry Competitions and a major Eric Gregory Award.His selected poems – ‘Visibility: New & Selected Poems’ (Seren) – appeared in 2007 when he was described as ‘One of contemporary verse’s most accomplished practitioners. This book perfectly exhibits the blend of formal scrupulousness and sensory evocation and intellectual rigour that has shaped his reputation,’ (Sarah Crown, The Guardian). His latest book of poems, Cusp, appeared from Seren in 2010. He has also broadcast, fiction, drama and poetry on BBC Radio.  In 2007 Graham won the Bridport prize for his short story The Prince and his collection of short stories Touch (Seren 2010) went on to win the Edge Hill prize – the UK’s only prize for a whole collection of short fiction. He is currently working on a new book of stories Terroir, which will appear in May 2015, and a new book of poems Black Shiver Moss, scheduled for 2016.
Graham had worked extensively in sub-Saharan Africa for the British Council, on the Crossing Borders mentoring project, which he designed and led. He helped stage Beyond Borders – a major literary festival – in Kampala in 2005. He then designed and developing Radiophonics, a new short story writing radio writing project in Uganda and Nigeria, in partnership with the British Council and local broadcasters. Stories on Sanyu FM, Uganda, and Inspiration and Raypower FM in Nigeria reached audiences of over 5 million through a unique interactive broadcasting format.
Graham has carried out a number of projects with FEMRITE women’s writing association in Uganda. He is currently working with Soran University in Kurdistan to research the narratives of older women who survived Saddam Hussein’s Al Anfal campaign against the Kurdish people. He will be visiting Hanoi in 2015 to speak and read his work at the Asia-Pacific Poetry Festival.
The fourth board member to be introduced is David Ishaya Osu, poet and social commentator from Nigeria.

Richard Ali is a lawyer, author and poet born in Kano, Nigeria. Author of the warmly received 2012 novel, City of Memories, Richard is also Editor-in-Chief of the Sentinel Nigeria Magazine and was a runner-up at the 2008 John la Rose Short Story Competition. He edits the quarterly Sentinel Nigeria Magazine and serves as Publicity Secretary [North] on the Association of Nigerian Authors. Richard completed a 6-week Residency at the Ebedi Writers Residency Program in 2012, attended the Chimamanda Adichie-led Farafina Workshop in 2012 and was a Guest at the 2013 Ake Book and Arts Festival, Abeokuta. He lives in Abuja where he practices law and runs the northern office of Parrésia Publishers Ltd where he serves as Chief Operating Officer. He is unmarried and enjoys chess, reading and travelling.  He is working on his debut collection of poems, The Divan.
Poetry
http://www.african-writing.com/four/richardugbedeali.htm
http://www.african-writing.com/eight/richardugbedeali.htm
Downloadable: http://www.sarabamag.com/voices-on-the-four-winds-3-poetry-chapbook/
Radio Play
http://www.transculturalwriting.com/radiophonics/contents/onlineworkshops/radiophonicsinnigeria/radiophonicspodcasts/index.html
Interview
Emmanuel Iduma interviews Richard Ali http://mantlethought.org/category/keywords/richard-ali


And the last but not least is Ehab Ibrahim, a diplomat  from The Sudan Embassy to Uganda.

Ehab first interacted  with poetry in Uganda through the BN Poetry Foundation and after announcing the 2014 winner, made a promise on behalf of the Sudanese Embassy to be supportive of poetry through BNP.
Here are our board members, the team will grow along the way. We will announce a women’s initiative which will see more women. Right now, we are extremely pleased with the team.


“Working with this exceptional and highly motivated and intelligent board, will bring new beginnings for BN Poetry Foundation and the entire strategic team, not to mention the poets we aspire to mentoring and creating new platforms for,” The Director and Founder, Beverley Nambozo Nsengiyunva says of the board. 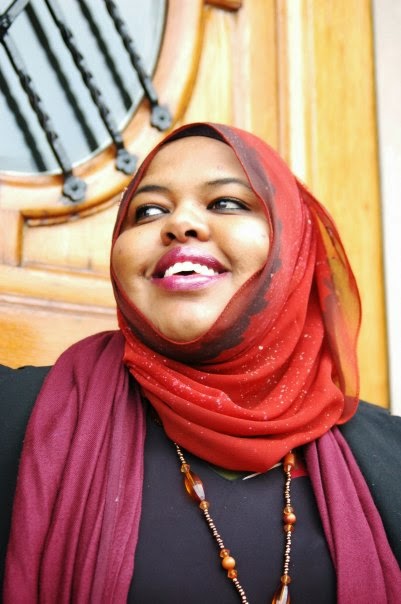 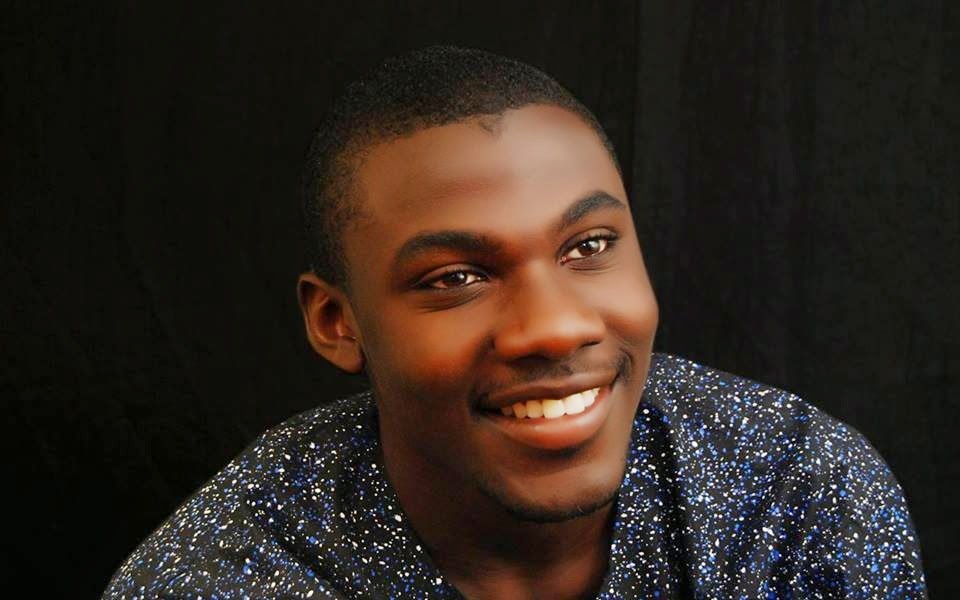 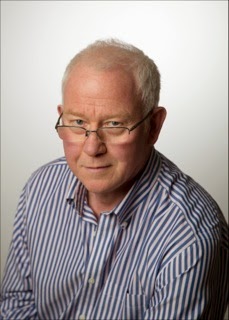 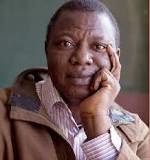 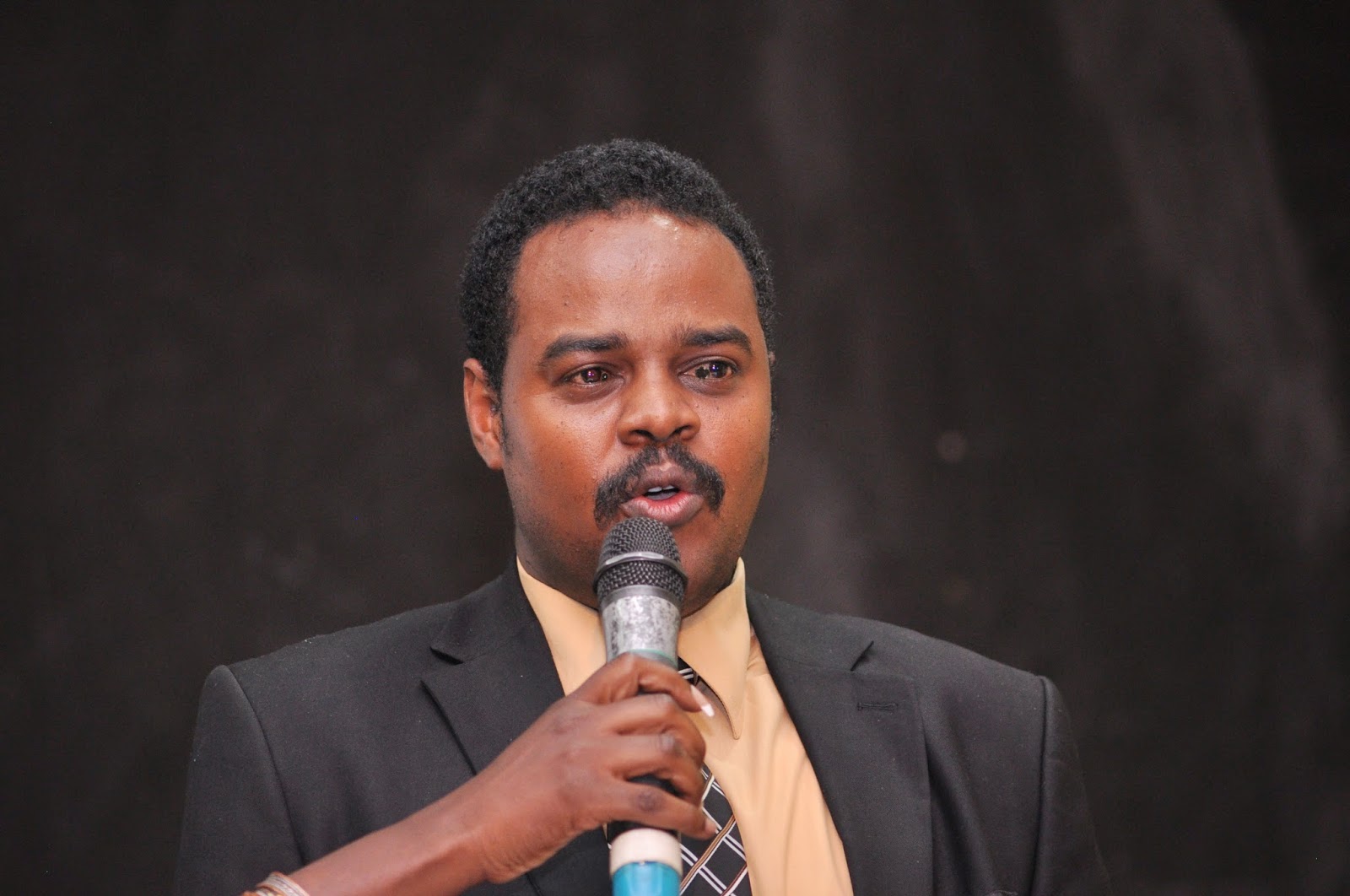