Rex Omonla is a Nigeria born Poet, Essayist and short story writer based in Lagos and high places as the moon, sun and Uranus. 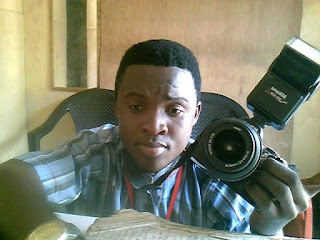 A blogger. Computer coach. Singer, songwriter. Volleyball and Basketball analyst and a footballer with incredible speed and pace. A Haiku coach and an idealist. Under the name ‘ Obaji-Nwali  Segun he made the 2017 Babishaiku finalist and was longlisted for the annulled 2016 Etisalat flash fiction contest with the story titled ‘Recovering my heart from pleats’. In 2017 his Queer short story ‘Woman is a Beautiful Thing’ was shortlisted  for the Quramo Writers’ Prize Adult Category  but  was withdrawn from the contest a day to the award-giving ceremony for an unknown reason. Under the name Celestine Chimumunefenwaunaya, his poems and short stories  have been published in Tuck Magazine. Under the name Obaji Godwin, his poems and a short story titled ‘How I Decayed, have appeared in Kalahari Review.
Q: What was the process  of writing your particular poem LIKE TORN KITES IN A HURRICANE?
A:  The birthing of LIKE TORN KITES IN A HURICANE was through cesarean operation. It’s a pithy poem that reeled my irises to crimson fluids. Unlike the multitude of poems I’ve been able to write, it parted the nub of hellhole and wedged me in sharp-tipped prickles. Its formation would have been smooth and unrelieved but the fist of things were twisted to barbed wire on the ground that when I decided on writing the poem I’ve got a larger-than-life dream. The dream that had made me to nomenclate my own self a crass, inconsequential and unbelievable hog. When I picked my pen for this elfin but longwinded poem, the aspiration I carried in the lid of my heart was to dump a poetic oeuvre overtly cranky, unusual, lyrical and phenomenal. I was up for a poem that would prevaricate existing cultures and designs. I mean the poetic wisp that’s gonna be a cupid in the valley of egrets.    I needed a poetic arrangement sharp enough to carve for itself a singular niche that’s gonna be mimicked and scuttled after all over Africa (lol!). Drafting it was a burden because all I would be unraveling in the verses was oozing from a real-life experience happening under my very nose. The process was soul-slurping because I was getting inspired by the emaciated body of an octogenarian who abruptly lost his wife in a ghastly car accident at the half of his age and continued to mourn, to count backwards, inwards and upwards repudiating fresh affection and novel camaraderie. For the first time I wasn’t going to write a poem because in my rucksack of words nestled a glut of highfalutin and excessively aesthetic vocabularies. I would be writing because my eyes were cherry rivulets, my heart a bustling grenade.
LIKE TORN KITES IN A HURRICANE failed to fall merely; on the reason that at the time of its composition I was a poet torn between two pyramidal dreams: molding a masterpiece with an approach so novel and all alone, then capturing the life-situation of love, romance, death and grave in the way that kept me singing, crying, grunting, raising and falling. In the way my reader would be panting and juddering like the blubber of a running pregnant pooch. I needed a poem that would vibrate the mind as it winds on. I needed  a poem that would feed my readers thunders and earthquakes. I needed a poem that would broach boundaries and part the eyes to medetarean sea.
The dream of etching lines that broke out of traditions didn’t just  hop in and latch unto the wall of my spirit. I was only tired of following suite. I was loathing gravely that a large number of African poets are wannabes, suddenly switching into and writing  in the manner of the poets winning awards in the continent. The thick kaleidoscopicsm  was for me, irking and disgusting. I was tired of dumping my voice because a particular  poetic voice is trending and it’s a universal vogue. And I was tired  of writing poems that ended up sounding  flat and passionless_
Sorry for my twirling, your question put hoe in an inflated balloon.
For instance, when Romeo Oriogun appeared in Praxis Magazine with Burnt men, showed in Brittle paper and won the Brunel Prize I fancied the craft of the LGBTQ advocant. I really fell in love with his fiddly and tricky metaphors. The metaphors cracking laws and orders. The metaphor sharper than the teeth of the leviathan. These metaphors that barely cared if the reader grunts or frowns. The metaphor that lingers after it was gone through. I fancied him. But his writing  was magnifying queer bodies, bodies lost in labyrinth of paths. Then check it out, I, who wasn’t  queer  began to glorify queer bodies. Something I wasn’t. I hadn’t tasted. Something I barely fancied all because I thought coupled  with  his singular  style he’s trending  because  he’s writing on queer  subject. What was the corollary of my arts? standing on the cranky plinth that wasn’t mine ,what  form of poems was I busy spilling? I was only penning down lies, lopsided and boring poems. Because I wasn’t sincere. Because I was rallying after someone’s voice and never bothered to cogitate over the expediency of detecting my own voice in the spectrum of poetry. Standing on someone else voice got me writing  a short story on lesbianism which made, but got withdrawn from the mega Nigerian 2017 Quramo Writer’s Prize shortlist because……sorry, your time……I won’t be talking about this now.
I got out of everyone, the trill of awards and wrote LIKE TORN KITES IN A HURRICANE and many other poems in the way I can relate to and defend if eventually I was called upon, in the way that unraveled my innermost feelings.
So, summarily, the process of writing LIKE TORN KITES IN A HURRICANE was compartmentalizing, onerous and different because quoting Gbenga Adesina there is a need for a flux in African Poetry and its literature.

Q: What does poetry mean to you?

A: For me, poetry is a longwinded voyage of sugary vistas. I fancy that it unfurls me and fills me to the brim with infinite exhilarations. For the fact it clefts for me a space in the spectrum where am always able to round too many things in a jiffy, emotionally, kaleidoscopically and constructively poetry for me, is a feathery paradise. A  bulldozing arsenal of war. Poetry is a treasured island I wind into when I get hunted by the vicissitudes and abnormalities of life. It’s my cross and my crown. It puts tears in my eyes and it feed me with laughter. It annoys me and consoles me. It is the assizes with which  I dissect  the world roaming like a tramp and spread my inward thoughts of corrections, reformations, enlightenment and reconciliation. Lastly, poetry for me, is a war zone attended only by mean made men.
Q: What are your five year goals with your poetry?

A: Although, I’ve been repeatedly published in online magazines as Tuck and Kalahari Review but appearing in the long and short list of this esteemed contest revered all over Africa stuck me in succulent cantata, milky sonata and boasted my peripatetic ego (lol!) and now am feeling its possible I’d have become a renowned writer of expository and soporific poetry chapbooks and collections in the next five years. I hoped strongly that in the next five years I’d would have pleated a pattern of poetry particular to Rex Omonla. Am a strong mind and a very difficult tongue so I believe. Lastly, in the next five years I would have been lost in the wind, touring the whole of Africa like Gbenga Adesina, Safia Elhilo, Kwesi Brew and others lecturing the growing Africa poets the way to  read and appreciate Africa poetry and the expediency of experimentation in  the continent’s poetry. Sorry, this final lastly, in the next five years I would have caligraphed in the Orions poems that are feudal, boundary-broaching and tradition-defiling.

Q: Which African Poets are you keen on reading?

A: I fancy poets who write because they’ve got things  to say and when  they write  they spill fire and  break codes and tenets; poets  who devour landmarks and milestones and slur the rule of grammar because they know we’ve got poetic license and still deserve in the range of trophies golden alchemy. They poets am referring and which I’ve always be caught reading are in no particular order: Gbenga Adesina, Romeo Oriogun, Warsan Shire, Nayyirah Waheed, Safia Elhilo, Kwesi Brew, Ben Okiri, Syl Cheney-Coker, Wole Soyinka and any poem published by Brittle Paper (lol!)

Q: What some of the challenges you face with poetry?

A: The route into its body is jagged and always bedazzling. A lively poem must be simple yet carry in its foyer labyrinth of paths. But things  started getting smooth when I started taking stock of things  and realized I’d only  have to read as many first-rate poems as possible  and dump the I idea of trying to write and sound like a particular poet.

A: Poetry teachers must understand that indisputably poetry is a bar of prickles but despite its unsettling jaggedness it’s like any other vocation that  could be  learnt  and mastered. I expect them to whisper this into the head of their students. They should feed their audience with the  fact that there isn’t any magical way one can be a poet writing great poems if not by reading and just reading poems by poets who sucked their mothers breasts well. They should  teach  the students never  to hop across a poem because of its boringness and rigidity, the more they read it the fog will part for the king. Lastly, poetry teachers should curtail the rate at which we feed our young folks poetry that ended with a particular era. It’s not as if it shouldn’t be taught at all. I once became angry that all the time my mentor would be talking about poems glorifying colonialism and long-fought wars again and again as if the world is moving backward. One day I told him teach me poems that talk about the problems of today, the feeling of the moment, the trending things. I know the white men  came and exploit and push us into slavery, am tired of the old sagas. Teach them how poetry can change their lives, how it can put meal on their tables and how it can nurture them into positive monsters. When you teach them, let your eyes be particles of passion.

A:  I’m m happy the Babishainiwe Poetry Foundation had broken the hedge and created a wide window into my multihued world. To the judges I say large kudos for having more than two eyes. To the poets who submitted  and didn’t make the longlist, to the poets dropped to make things smaller hear this; from the inception  of Babishainiwe Poetry contest, except when it was meant for Ugandan Women alone, I’ve been submitting poems for the prize but I’ve never smelled the longlist. But I never gave up…..guys I say to you guys don’t give up. Am talking to you, you will get there. Just read more and write more.