·         "We are looking forward to Africa themed haiku i.e. haiku about African sights and sounds. Haiku must contain clear images, settings and juxtaposition. Haiku must be concise and as brief as possible (though 17 syllable haiku are welcome).
·         In short, we encourage experimental haiku and but submissions should  be three- line haiku structure or form. Please note one single haiku cannot contain all the highlighted features above, and hence are to be used as mere guidelines."
·         It is open to ALL African poets (LIVING IN AFRICA), who will not have published a full-length collection of poetry by May 2016
·         Submissions should be original, in English. Submit using Times New Roman, single-spaced and size 12.
·          Send the three Haikus to bnpa2016@babishainiwe.com as a word attachment. Include the poem’s title on the poem but DO NOT include your name or contact details on the haiku  itself
·         If you submit in this category, you are not eligible to submit for the second category of the Babishai Poetry Award
·         The subject line should read, BABISHAIKU 2016
·         Include your name, email address, country or birth and country of permanent residence, telephone number and the titles of your poems in the body of the email
·         The submissions will be accepted from February 29th 2016 to May 22nd 2016
·         There is no theme, be as creative as possible
·         The long-list will be announced by July 2016
·         More details on the face book page, Babishai Niwe Poetry Foundation, on Twitter @BNPoetryAward and the website, www.babishainiwe.com
·         The top three winners will receive 150 USD each and participate in the 2016 Babishaiku mentorship programme
THE  JUDGES
The chief judge of the #Babishaiku 2016 Competition is:- 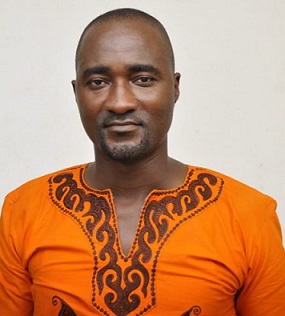 Adjei Agyei-Baah is the co-founder of Africa Haiku Network and Poetry Foundation Ghana. He also doubles as the co-editor of “The Mamba”, the official haiku journal of Africa Haiku Network. He holds MA. TESL (Teaching English As A Second Language) and MBA in Strategic Management and Business Consulting from University of Ghana and Kwame Nkrumah University of Science and Technology School of Business respectively. He currently teaches English language and Literature in English as a part-timer at University of Ghana Distance Learning Center, Kumasi Campus and Ghana Baptist University College, Kumasi. Adjei is an inventor and a champion of “Afriku”  (African Haiku) – an avant-garde haiku type that focuses on the unique images, sounds and settings of Africa. He is a widely anthologized poet both at home and abroad, and have written and presented eulogies such as“Ashanti” and “In the Grey Hair of Soyinka”to King of Ashanti, OtumfuoOsei Tutu, and Wole Soyinka, the Nobel Prize laureate respectively. And his all-time favorite piece “For the Mountains”was selected by BBC to represent Ghana (in a poetry postcard project)in the last Commonwealth Games held at Glasgow, Scotland, 2014.
In the haiku circles, his works have appeared in reputable journals and literary websites such as Shamrock,Akita Haiku International Haiku Network, The Heron’s Nest, Cattails, Acorn, Frogpond, World Haiku Review, , A Hundred Gourds, Brass Bell Haiku Journal, Asahi Haikuist Network, Yay Words, Indian Haiku Kukai, Mainchini Daily,Presence, European Kukai Kai, Africa Haiku Network, Wild Plum, Prune Juice, Boston Poetry Magazines, Poetry Space-UK, Poetry Foundation Ghana, The Kalahari Review, Luminary Review etc.Besides, some of his published African haiku (which he pursues as a specialty) have received honorable mention from the desk of reputable editors and judges fromCattails, World Haiku Review and 4th Japan-Russia Haiku Contest, 2015 andwith others translated and recorded into music.
He is a member of Haiku Northwest, United States and United Haiku and Tanka Association (UHTS), United States and currently been mentoring young Africa poets who have interest in haiku with his African brotherandpartner, Emmanuel Jessie Kalusian with their new founded organization (Africa Haiku Network), with its core mission of promoting haiku across the Africa continent.
Adjei in his career as a teacher has acted as a poetry judge on many senior high school poetry and spoken word contests and his latest in similar role was the guest poet at Carpe Diem Haiku Kukaifor the month of August, 2015.Adjei is the Winner of Akita Chamber of Commerce and Industry President Award, 3rd Japan-Russia Haiku Contest, 2014 and look forward to more laurel in the haiku/ Afriku field which has become so addicted beyond redemption.Adjei launches his two maiden collections “Afriku “-Haiku & Senryu from Ghana (Red Moon Press, 2016) and Embers of Fireflies (Author House, 2016) this year.

Guidelines for submissions:-
·         It is open to ALL African poets (living anywhere in the world), who will not have published a full-length collection of poetry by May 2016
·         Submissions should be original, in English and not more than 40 lines each. Submit using Times New Roman, single-spaced and size 12. Local languages are accepted only if English translations are sent alongside them
·         Send three poems to bnpa2016@babishainiwe.com as a word attachment. Include the poem’s title on the poem but DO NOT include your name or contact details on the poem itself
·         The subject line should read, BNPA 2016
·         Include your name, email address, country or birth and country of permanent residence, telephone number and the titles of your poems in the body of the email
·         The submissions will be accepted from February 29th to May 22nd 2016
·         There is no theme, be as creative as possible
·         If you submit in this category, you are not eligible for the Babishaiku Award
·         The long-list will be announced by July 2016
·         More details on the face book page, Babishai Niwe Poetry Foundation, on Twitter @BNPoetryAward and the website, www.babishainiwe.com
·         The top two winners will receive 700 USD and 300 USD respectively
·         The top ten will be part of the 2016 Babishai mentorship programme and participate in various festivals across the world
For any inquiry, email babishainiwe@babishainiwe.com

There will be an entire panel of judges for this category led by Stephen Partington and Isaac Tibasiima. In a few days, we’ll have a Q and A with the entire panel, their expectations and so on.
Stephen Derwent Partington. 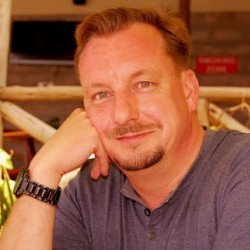 Poetry is his primary hobby and passion. He began to write poetry at school. He describes his poetry as accessible. His early writing was full of Modernist allusions and foreign languages, but as he accessed more contemporary poetry this disappeared.
He’d probably also describe it as hybrid in the sense that while he has sought to fit into the Kenyan (and wider African) traditions of broadly Anglophone verse, lots of influences from his pre-Kenya days remain. He has been published widely in various anthologies and also,
published in; . Two collections, one in Kenya (SMS and Face to Face) and one from the UK (How to Euthanise a Cactus).

Isaac Tibasiima is a Doctoral Researcher and Assistant Lecturer in the Department of Literature, Makerere University. He has previously taught in the Department of Languages at Uganda Martyrs University. His research interests are in oral and written African Poetry in general and Ugandan poetry in particular. He is also interested in researching Competition Music Performance and how this especially is a portrayal of a performance of power, national identity and regionalism in Eastern Africa. Currently, he teaches on the Oral Literature research project at Makerere University. Isaac is a writer, especially of poetry and believes poetry should speak to the soul and have a changing role in mankind and society, leaving them better than before. He believes in experimenting with voices because this gives poetry its unique taste of reality and gives poets the chance to do what Plato hated the most about poetry: to be impersonators. Isaac loves reading, especially contemporary African writing and teaching is a passion he has had since his primary school days. His main aim as a teacher and researcher is to leave a very strongly positive mark on not just around him but the whole of humanity.