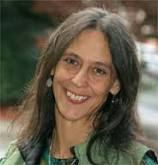 THE WINNER WILL RECEIVE 1,000 US DOLLARS Submissions to be received from January 6th to May 5th 2014 midday, East African Time. Guidelines for submissions:

• Submissions should be original, in English and not more than 40 lines. Times New Roman or Arial, single-spaced and size 12. Local languages are accepted only if English translations are sent alongside them

• Send a maximum of three poems and a minimum of one poem to bnpoetryaward@mail.com as a word attachment. DO NOT include your name or contact details on the poem itself

• Include your name, email address, country or birth and country of permanent residence, telephone number and the titles of your poems in the body of the email

The judges Kgafela oa Magogodi: South African poet, director and musician. He is currently completing a co-writing project for a musical stage play, The Book Of REBELATIONS . Published books include Thy Condom Come (2000) and Outspoken (2004).

Richard Ali: Author of City of Memories, Chief Operations Officer of Parrésia Publishers Ltd and Publicity Secretary [North] of Association of Nigerian Authors. Richard is also Editor-in-Chief of the Sentinel Nigeria Magazine and was a runner-up at the 2008 John la Rose Short Story Competition.