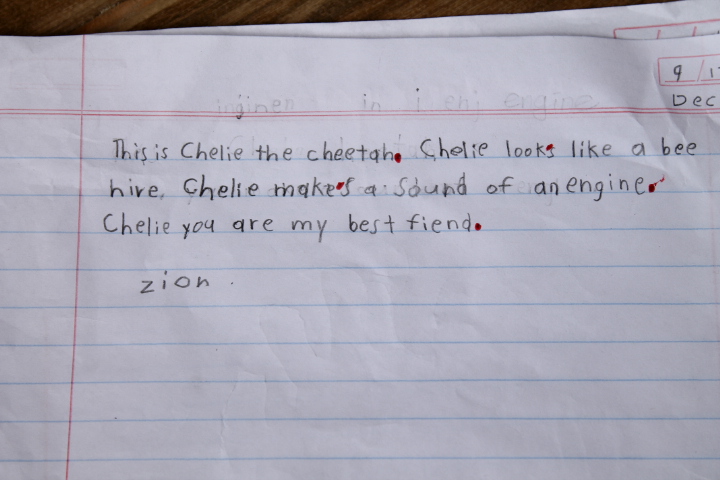 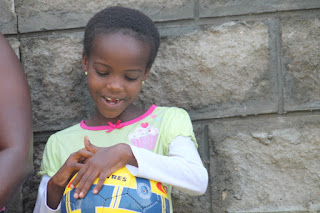 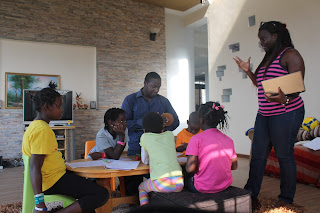 The three Poetricks facilitators, Daniellorah, Robert Ssempande and Beverley Nambozo Nsengiyunva started with Babishai Poetricks, doing rhyming schemes, matching colours to moods, word play, poetry and sound and anecdotes.
After that, the event stretched to animal imitations, chain stories, opening crackers and making very long paper chains of about 25 yards. It was delightful to see the children expand their imaginations. They joined in pairs and raced around the garden as part of a rhyming scheme game, made silly faces to bring out confidence and character and much more. We ended by sharing African based Christmas poems and holding a large special children’s barbeque. Our next party will be held as an Easter creative for children on March 19th 2016.

Babishai Poetricks holiday session.
During the first week of the Kampala children’s Christmas holiday December 2015, Robert Ssempande and Beverley Nambozo Nsengiyunva spent three days engaging children in Babishai Poetricks. With six children in total, they began by outling their faces, including features like hair, earrings, teeth and so on. From each picture, the children commented on their friend’s photos, talking about the mood depicted, friendliness,  uniqueness of facial features, thus appreciating one another’s differences.


Next, was matching colours to moods which interestingly brought varied and unexpected responses, proving once again the under-estimated intelligence of children and their power of observation. Using the five senses of sight, hearing, feeling, smelling and tasting, the children navigated poetic devices and eventually composed poems about their favourite animals, which they themselves named and created stories from.

Photos above by Zahara Abdul and Emmanuel Nsengiyunva
Posted by Beverley Nambozo Nsengiyunva at 3:05 PM