They are diurnal; active during the day, like most humans have been trained to be. With large activity during the day time, they act as agents of pollination, laying a copious number of eggs, for their own life insurance. Their eggs are often eaten by all types of predators, from spiders, ants and a few birds, therefore reducing the risk of predation, by increasing the number of eggs that they lay. While butterflies come in about fifteen thousand types of species and vary in their lifestyle, after exploring for a while, not as an entomologist, but as someone who’s fascinated by their curious nature, I unearthed (pun intended), a few images of butterflies, taken in 2014. 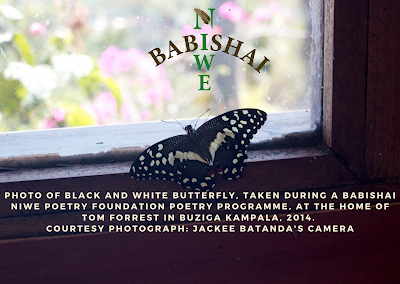 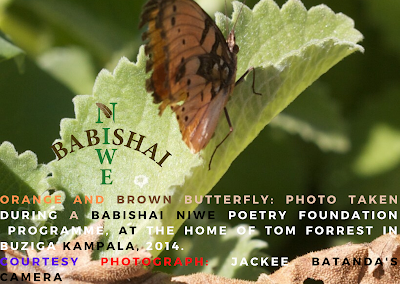 The Babishai Niwe Poetry Foundation, which promotes African poetry coordinated an East Africa poetry exchange programme, with a Kenyan poet, Michael Onsando, who visited Kampala for a few days. During his visit, he led discussions on the politics and aesthetics of poetry, during an evening hosted by Femrite, where the discussion varied from the potency of East African poets, to the validation sought by African literary gatekeepers, to sustainable livelihoods in poetry. It was a vibrant evening, laced with intellectual and creative discourse.

Babishai and the butterflies. Getting to that. A friend of Babishai’s and a personal friend of mine too, Tom Forrest, a retired British Diplomat, who has lived in Uganda for decades of years, with a house on Buziga Hill, overlooking one of the most breathtaking views in Uganda, invited us to a brunch. Together with Jackee Batanda, a writer and entrepreneur, and Sophie Alal, writer and winner of the 2010 BN Poetry Award, we had a remarkable time. Tom is a nature enthusiast, whose garden boasts of such a wide variety of plants and flowers, that we were immersed in it for a while. My mother, who runs a successful landscaping business, introduced me to the magnanimity of plants and flowers, and I’m always enamoured by the experience. It was here while we chatted and walked in the garden, which a few butterflies kept flitting around us. 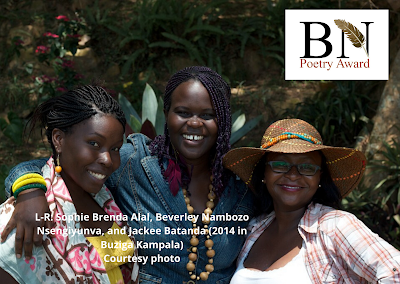 Like any human with fairly good eyesight, we were drawn to their essence. With Jackee’s camera, thanks to her photography skills, we were able to capture some iconic moments of this butterfly. One black and yellow species was by the window sill, stately and striking. How do you capture such beauty in just a photograph? How do you sip enough of it, to quench your insatiable need for nature’s grandeur! It’s impossible. We tried, though.

It was later that I discovered butterflies never fly in straight lines, to confuse their predators. They do not want to leave obvious flight paths, as that would make them easy prey. On reading Robert Greene’s ’48 Laws of Power,’ he too recommends that we should leave a little mystery to our habits and schedules. A change in routine, puts people off-guard and you not only brighten your vibe, but also heighten your security.

I’ve seen photos and videos of heavy set adults chasing butterflies down across miles, with butterfly nets. Their indirect flight confuses the butterfly catchers, and it’s quite a sight to watch. 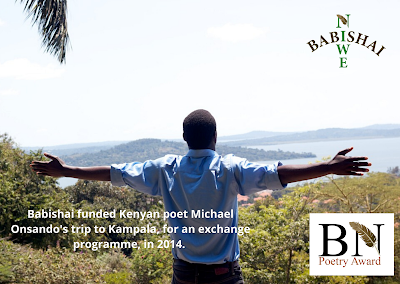 Lessons from butterflies: We must lay a large number of eggs; because that raises the assurance of survival. Live in such a way that even with half of your ideas, plans, or activities failed, there is assurance that your legacy will remain intact. Not because you had a million ideas, but because the predators could not reach them, or destroy them.

Lessons from butterflies: Be unpredictable. Don’t live such a monotonous and regular life, which leaves no surprises. If you’re a dancer, change the music. If you write, change the characters, and if you’re a parent, change your style.

There are hundreds of iconic moments with Babishai, which were captured in photos. I’ll be sharing more.

Thanks for reading. The various lifestyles of butterflies was information gathered from discussions with friends who love to travel around Uganda, and an article in The Eye Magazine.

Babishai edits poetry, and if you have a collection of fifty poems or more that you would like us to look at, email babishainiwe@babishainiwe.com, or call +256 751 703226.