DEVIS THE TRANDFORMATIONAL POET, FROM UGANDA


Devis the poet is a Poet, playwright born and raised in Makindye, Kampala. 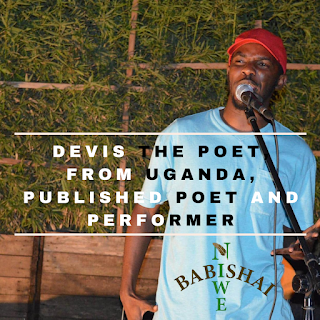 He started poetry with Milege Uganda, and later joined a poetry community in Makerere University called Kelele @ Makerere. Following that, he founded a group of Poets with his friends, Wake and Kira Waibi, called POTTERS CLAY. He has performed on all major poetry platforms and major arts festivals around the country like KITF, BAYIMBA FESTIVAL OF ARTS, MILEGE WORLD MUSIC FESTIVAL, among others. He is a member the pioneer Tebere arts lab (class 2019)
As a solo act now, he has held two one-man shows in one weekend called the 2018 LINES AND RHYMES, and he is an author of a chapbook titled, DOOMED KIDS. 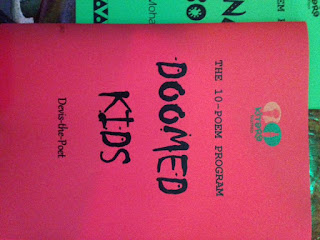 This is why he writes:
The transformation from wanting to be the best poet there is to wanting to be a great leader in my poetry community. To inspire the poets that look up to me by giving them an example that hard work and moving out of comfort zone, is key to every poet's/artist's success. In this particular case, it was "you cannot win, unless you are you are part of the game."

When I saw the call for the #Babishai2020 haiku award, I knew I had to submit, but with new work. Every morning, after reading all sorts of haikus, I would go for a run or walk, hoping to find something to write to about, then I would head home to freshen and go pick my little nephew to take him to his grandmother's then I would return to settle and write. In the taxis back to baby's grandmother (my mother) we would sit next to the window, when there was traffic we would watch everything steadily because the taxi would be moving slowly, but when it was moving fast, it was a tug of war trying to make him sit properly. The day I wrote the haiku, the old lady seated next to us asked why I can't hold the baby properly because he was making her uncomfortable, and I told her I am doing my best but the trees cannot stop running past us, and am I scared there is nothing I can do to stop them. When I got back home, it’s the haiku I wrote. 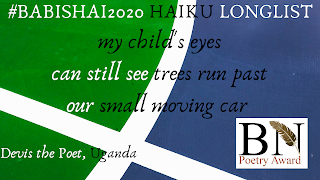 In the future, as long as competitions and awards like Babishai keep happening and having continental dialogues about the works, we as Africa are going to have a common understanding of an African Haiku.
In the future, Babishai can take it beyond the award, extending it in schools, performance spaces, having working workshops and having winners as Ambassadors for the movement.